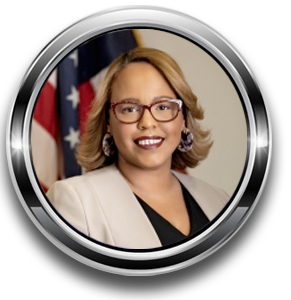 
Johanny was born in New York City on August 31, 1973 and is the daughter of Ana & Luis Cepeda.  She lived and attended school in the Dominican Republic from the age of 9 to 14.  Johanny has 2 children: Enith, 17 & Elias 16 and is married to Felix Freytiz III.

Johanny graduated from Mother Cabrini HS in NYC; obtained a Bachelor of Arts Degree from the State University of New York at New Paltz College where she majored in French & minored in Spanish, and studied abroad in Paris, France, 1994.  She also obtained a Master of Science in Education degree from Long Island University and became a bilingual Guidance Counselor.  For over 10 years, she worked for Grand Street Settlement and held the position of Program Director for the Beacon Center, a school-based community center located in the Lower East Side of Manhattan, NYC.  In addition to her role as Program Director, she worked part time as the College Counselor for Marta Valle Secondary School where the community center is housed.

In 2007 a business opportunity presented itself in Reading, PA.   Johanny chose to leave NYC and her career to become an entrepreneur/businesswoman.  She relocated her family to establish Mi Casa Su Casa Café, located at 320 Penn Street, downtown Reading.  She graduated from the SBDC/LBRC Business Program, in the spring of 2009.  In November, 2009, Johanny was the recipient of the James Hyson Entrepreneur Award from Community First Fund.  On January, 2011 she was awarded Business Person of the Year by the Latino Chamber of Commerce.  On March 30, 2017 she was the recipient of the Take the Lead 2017 Award by the Girl Scouts of Eastern Pennsylvania.  In 2020, Johanny received the COVID-19 Hero Award from United Community Services and in 2021, she was awarded Purple Ribbon Business Partner of the Year by the Domestic Shelters Organization.

Johanny has served on the Safe Berks (formerly known as Berks Women In Crisis) and on the Reading Public Library Board.

Currently, Johanny serves on the board of directors of the Greater Reading Chamber Alliance, on the board of Centro Hispano Daniel Torres, as well as on the Reading Muhlenberg CTC Occupational Advisory Committee.

Johanny’s has always seen great potential for the City of Reading, PA and as a result has been an active member of the community continuing to engage herself and her business in all activities and events that promote our diverse culture, history, and art of the city of Reading. Her motto is Querer Es Poder (when there is a will there is a way) and everything you do, do with Love!