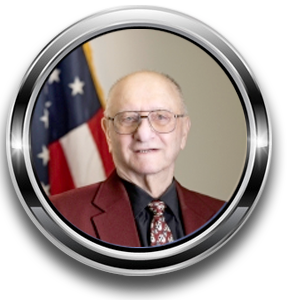 Lifelong city resident Stratton Marmarou serves as the 4th District’s City Councilor and was re-elected to a fourth four (4) year term, serving since 2006. Marmarou previously served on the Reading School Board and has had a long history of fighting crime in Reading. Stratton proudly resides in the northeast section of Reading and has been happily married for over 40 years.

Stratton’s list of community involvement is impressive and can be attributed to the opportunities that Berks County has to offer. He had a long professional career in law enforcement first with the Reading Police Department and then as the first director of campus security at Albright College. Marmarou also spent time as a city volunteer serving as the Chairman of the City Stadium Commission and acts as the President of the Reading Police Beneficial Association. He also serves as a Board Member with Sts. Constantine and Helen Church, which supports communities in Reading and as far away as Greece through church and school renovations and by providing multiple academic scholarships. A true Reading original, Stratton was the original director of Berks PAL (Police Athletic League) and founder of Little League of Berks County in 1978.

While serving on City Council, Mr. Marmarou is a member of the Standards of Living Committee and is chair of the Nominations and Appointments Committee.  He continues to work successfully with the Administration and Albright College to cure the problems associated with off campus rental housing in District 4.  Strat has also been a strong advocate for enforcing ordinances to improve the quality of life in District 4 and the entire City.

Stratton believes that Reading can become invigorated once again if government focuses on what it does best. He believes in addressing crime problems and in making City government work efficiently. His work on City Council will be enhanced by his expert knowledge of the City and of the residents themselves.

Marmarou has always shown a determination and character that speaks of cooperation and production. He feels that the success of City Council is determined by a stronger focus on duty and getting the job done, free of unnecessary personal politics and agendas.  To show his dedication to the City, he donates his Council salary to local non-profits and service organizations.

Having been involved in so many Berks county activities, “Mr. Reading” sees his time on City Council as a true opportunity to catapult the City into one of the best in the state.