Press Releases from the City of Reading 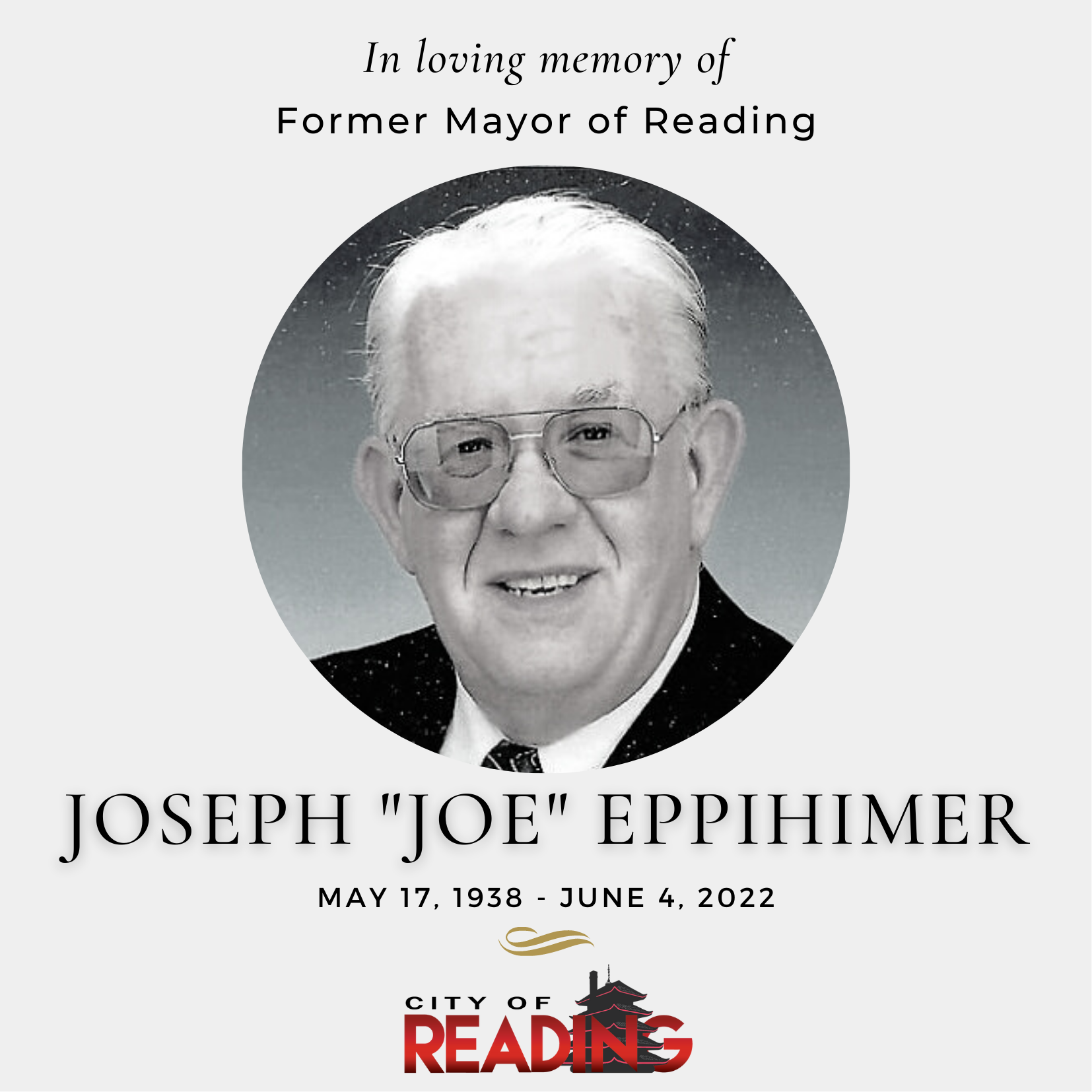 "It is with great sadness we share the news of former Reading Mayor Joseph D. Eppihimer's passing," said Mayor Morán. "Joe was a dedicated public servant who will be greatly missed and fondly remembered by everyone who came in contact with him."

Joe served the city in various ways; as a master plumber for the Reading School District, then elected to Reading City Council from 1996 to 1999, and then as Mayor for four years in 2000.

Mayor Morán added, "Reading has been fortunate to have a history of great public officials who served the city in many capacities and continued their service to the community long after their term as an elected official ended.  It is this history of service that makes Reading a strong and giving community.  I extend my sincere condolences and gratitude to his wife and family on behalf of Reading's 95,112 residents."

Reading City Council President Jeff Waltman issued the following statement, "The thing about Joe was you may not have agreed with everything he stood for or the way he expressed himself, but he was always clear about his positions and stood by his word.  Yet underneath his rigid battling surface, he was a kind and gentle man who cared deeply about the City of Reading.  My condolences to all of his family members and friends."

District Five Councilwoman Donna Reed added, "The passing of Joe Eppihimer is emblematic of the passing of one of the last of a generation of local political characters -- bigger than life presences like Big John Ulrich, Earl Patterson, Eddie "BooBoo" Leonardziak, Ron DeBenedetto, and Joe Kuzminski among others -- whose booming voices and governing decisions shaped the city of their times.  I was both a journalist covering Joe and a young councilwoman during his administration.  We clearly, more often than not, were on opposing sides of issues.  However, I never doubted that he loved his Reading.  My thoughts and condolences are with his widow and family."

As a sign of respect and admiration, Mayor Morán has ordered flags at all city-owned buildings to be flown at half-staff.  A flag presentation to his family is scheduled for Friday, June 10th, at noon in front of Reading City Hall.

Latest News From The City

Donations For The Ukraine