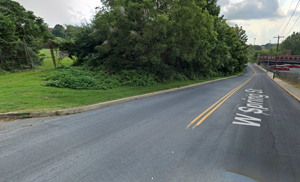 LONG TERM CLOSURE
(6/28 – 12/2021) Please be advised that River Road / West Spring Street will be closed for construction beginning Monday June 28, 2021 through the end of the year. The closure will facilitate the first phase of construction for the SR183 (Sec. RRE) River Road Extension Project for the City of Reading. The work area/road closure will extend from Eberhart Street on the West end to Weiser Street on the East end. Vehicular access will be limited to the local businesses located on River Road & W. Spring Street in the area, and no through traffic will be allowed. Access to these local businesses will be maintained and coordinated directly with those businesses. A vehicle detour will be in-place, directing traffic down Windsor Street in both directions. 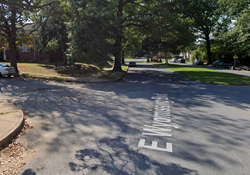 (8/2) through FRIDAY (9/3)
Please be advised of the scheduled street closure of East Wyomissing Boulevard, 1100 block, between Margaret St. and Parkside Drive South. The closure will occur during the day between 7:00 AM to 5:00 PM. The street closures will be set up during the period from August 2nd through September 3rd.
A detour will be in place during this period.
Local residents will have access to street-side parking and the private driveways while the closure is in effect.

UGI Marker
The Gas company is conducting work at the marker.
These can be routine to emergency work areas
They are normally short term in duration

RAWA Marker
Reading Area Water Authority is conducting work at the marker.
These work areas can be anything from routine to water main breaks. In certain instances these closures can be longer in duration.

PUBLIC WORKS Marker
This is a branch of the City's work force.
Public Works is usually assigned to short term projects.

MET-ED Marker
Met-Ed/First Energy is conducting work at the marker.

These are usually short term closures and emergency

closures for outages, or routine for tree trimming around wires.

LONG TERM CLOSURE Maker
These are road projects that are scheduled in advance and will be considered a long term projects. A long term project is one that will exceed one month in duration, and could be up to or over a year in time. They may involve different companies during the project. These closures usually involve predetermined detours for the duration.
Copyright © 2021 City of Reading, PA. All Rights Reserved.